This January, I documented the work of Action India, a grantee of the Global Fund for Women. Action India is involved in many aspects of women’s empowerment; one aspect of their work in particular, however, moved me the most: supporting women who have been victims of dowry abuse.
The Global Fund’s Anasuya Sengupta gave me the following overview:
“Dowry-related violence and death are simply one form of domestic violence that happens in India and around the world. Yet dowry abuse is a particularly pernicious form of violence, because it is closely linked to culture and religion. When they marry, women in many Indian communities take into their marital home ‘stree dhana’, or ‘women’s wealth’, which often consists of jewelry or clothes from her family. The value of the dowry has actually increased over the last few decades (in parallel with India’s economic liberalization) as a means of rapid economic gain. And the custom has even spread into communities that did not traditionally practice any form of dowry. For example, the dowry can now be found in some Muslim and indigenous (adivasi) communities, where the groom’s family traditionally paid a mehr or a bride-price. These trends have occurred despite the fact that the giving and receiving of dowry is technically illegal in India, although rarely enforced.”

The stories that I documented in India include horrific cases in which husbands and their family burnt women alive for not paying an ‘adequate’ dowry. One victim of dowry abuse whom I met was Nazia. She told her story to a women’s support group. We are in a tiny room no larger than 10 feet wall to wall. Women fill almost every inch of floor space. Most of them appear to have suffered physical abuse, and they have now gathered to support Nazia. It is hard for Nazia to speak; she is on the verge of tears, as if she has already used up all of her courage simply to come here. The support group is very important and encouraging, yet it’s hard not to feel disturbed by all the stories of mistreatment and violence.
Many perpetrators are literally getting away with murder. I asked an Indian woman who was traveling with me how this can be possible. She explained that people just make up excuses to make it seem as if the abuse and murders are all self-inflicted. For example, the family that hung their daughter-in-law could claim that the victim had felt suicidal and hung herself. Or if they badly burnt a daughter-in-law, people could claim that her sari caught fire. 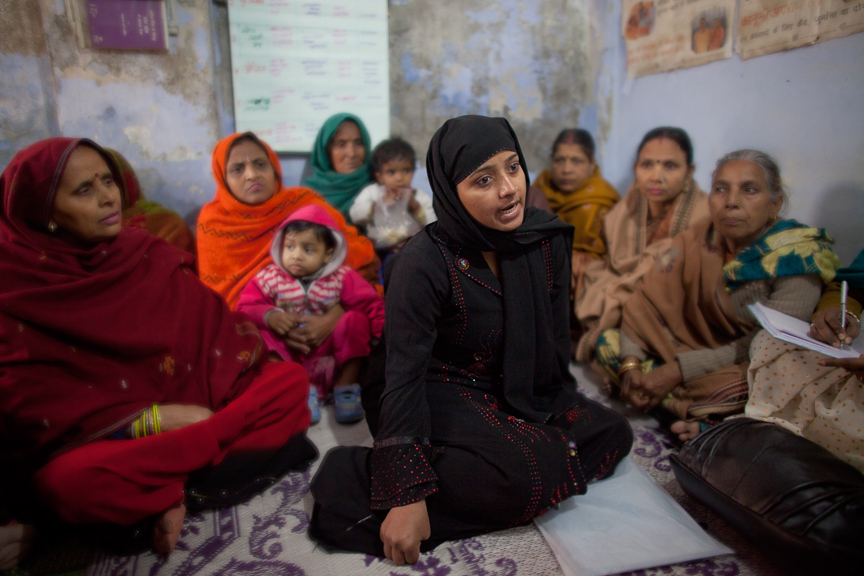 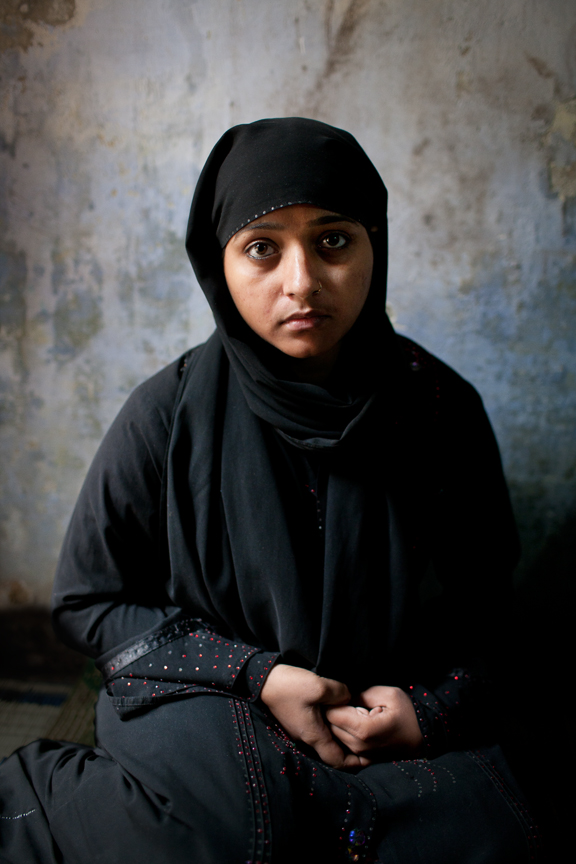 Nazia is 21 years old. She has been married for two years. Her husband’s family demanded a motorcycle as part of the dowry, for which her parents gave 50,000 rupees(US$10,000) for the motorcycle. But this wasn’t enough, so the husband demanded a car. But the cost of a car was far beyond what Nazia’s parents could afford.  One day when Nazia was riding with her displeased husband on the new motorcycle, he pushed her off. His intent was clearly to kill her and cover up the murder as a traffic accident. She was seven months pregnant at the time.

After Nazia survived the “accident,” her husband tricked her into taking some medicine to help her recover. Instead of feeling better, she felt ill and went to the hospital, where she delivered a stillborn child. After Nazia was discharged from the hospital (which required her husband to sign some papers, apparently) he left without her. Nazia has been living with her mother for the past five months. She wants a divorce and the return of her dowry. She broke into tears shortly after I photographed her. 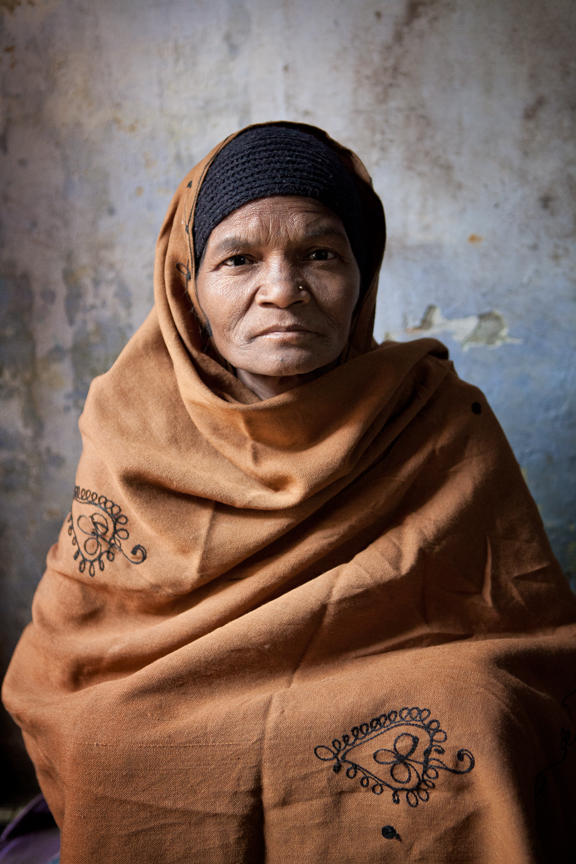 Shanthi had only one daughter named Kavita. When Shanthi marrid, her in-laws demanded 5,000 rupees. But she could only afford 3,000. For lack of 2,000 rupees (US$40) Shanti’s in-laws hanged and murdered her daughter, Kavita. 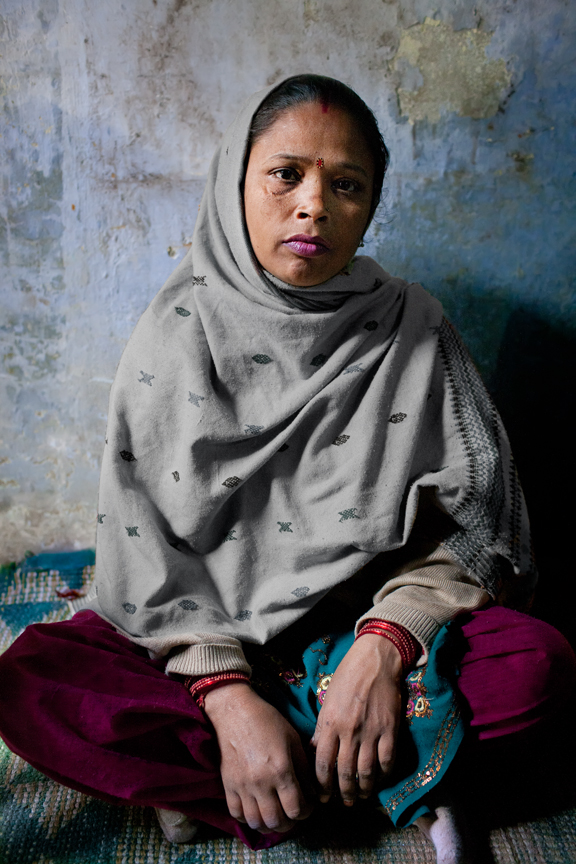 Kamalesh is a woman with a very abusive husband (note the scar underneath her eye). He is a drunkard and regularly beats her. She still lives with her husband but on a different floor of the house. The husband does not take care of her or her children, and Kamalesh has nowhere else to go. 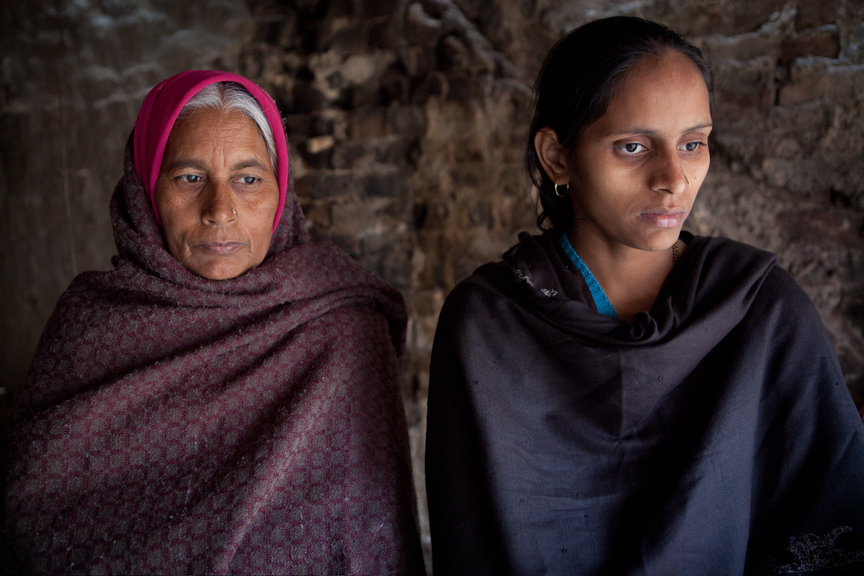 A mother and daughter in a rural village, 70 km outside of Delhi. I believe the mother’s name is Indu and her daughters is Tinko. Tinko had suffered through five years of abuse. She is living with her mother now, who is very supportive.
Here is a recent article by a very well-known Indian journalist, Kalpana Sharma, which gives a strong analysis and overview of dowry-related violence and homicide in India:
http://www.thehindu.com/opinion/columns/Kalpana_Sharma/article2856945.ece

To quote from the article:
“The official figures of dowry deaths are obviously just the tip of the iceberg. A truer picture would emerge if we added the cases of young married women registered as having committed suicide.
Dowry has not disappeared. It has morphed. Seema Sirohi, in her interesting and relevant book Sita’s Curse, Stories of Dowry Victims (HarperCollins, 2003), gives this humorous yet apt description of dowry as it has come to be today: Dowry has become a bribe paid to a husband to keep the bride’s body and soul together. A woman is a mere conduit to a ‘good’ dowry – the
definition of ‘good’ being flexible and expandable. The boys are on sale and
there are few discounts in the marriage market. There is no ‘buy one, get
one free’ here. It is a transaction weighted against the woman. In fact, it is a sale where even after the price is paid, satisfaction is not guaranteed. And ironically, the sale is never complete with marriage – the buyer is expected to keep paying in cash and in kind during festivals, to celebrate childbirth, and to mark ritualistic occasions. Any excuse is good enough to keep the one-way street laden and moving with gifts.
The fact that women are still being burned for dowry in modern-day India should enrage us. Why are we accepting of this outrage, this insult to the sensibilities of all women? We should be burning dowry, not women.”