This past year I had two opportunities to photograph in Kibera, Kenya, which is the second largest slum in Africa and the third largest in the world. Even though I have witnessed poverty, the physical landscape of Kibera was, to put it frankly, quite overwhelming.

The population of Kibera is estimated at 1.1 million people, up from 700,000 ten years ago. There is no infrastructure, no roads, no safe drinking water, or sewers. Kibera is created from scraps of tin and mud. The photographs presented here were all taken on my way to do work assignments in the AMREF Clinic (for the Novartis Malaria Initiative) and in the Tabitha clinic (for Planned Parenthood). All of the photos are “grab” shots. Some were taken from the vehicle that we used to get to the AMREF clinic. The car I was in had to inch it’s way along narrow muddy streets barely wide enough for our vehicle. Outside my window, people were going about their daily life not more than three feet away.

On my second trip to Kibera we walked to the clinic, and I had to be very mindful of each step to be sure I wouldn’t slip and fall into the mud and refuse. It was rather uncomfortable for me to take photos in these circumstances, as I felt that people really did not want to be photographed. It’s not my normal practice to work under these circumstances, but I felt obligated to document these living conditions and to share them with the outside world.

The poverty in Kibera was overpowering. Any solutions for alleviating or improving the situation here seemed to be beset by incredible complexities. I was recently at a conference on global health and food security at Stanford University, where I asked an expert in this field about dealing with the poverty found in large urban slums such as Kibera. He admitted that they had not discovered any effective strategy to deal with it.

I am hoping that this post will open a forum for ideas that readers may have in improving the living conditions found in places like Kibera. My impression was that whatever was being done was not effective; of course, the healthcare provided in the clinics I visited was very relevant and made a real difference in people’s lives; but when the population of Kibera has grown by 50 percent in 10 years, larger-scale solution are needed.

Below are a small sample of some of the photos and to see the complete portfolio in a larger format, please go to:

The first image is on the outskirts of Kibera. 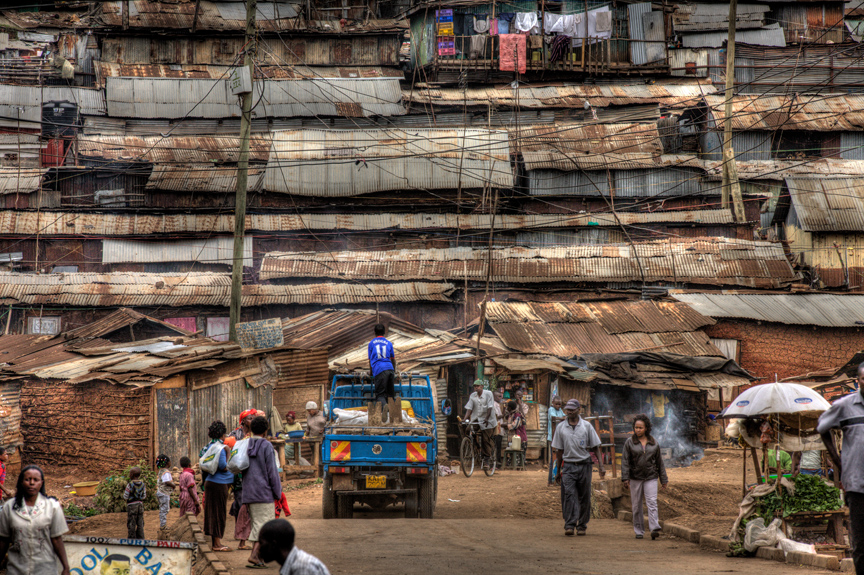 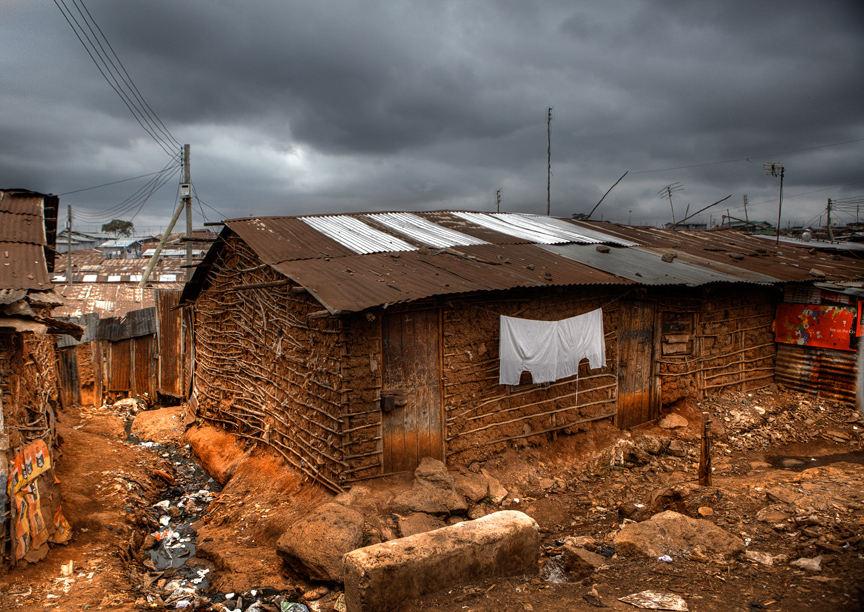 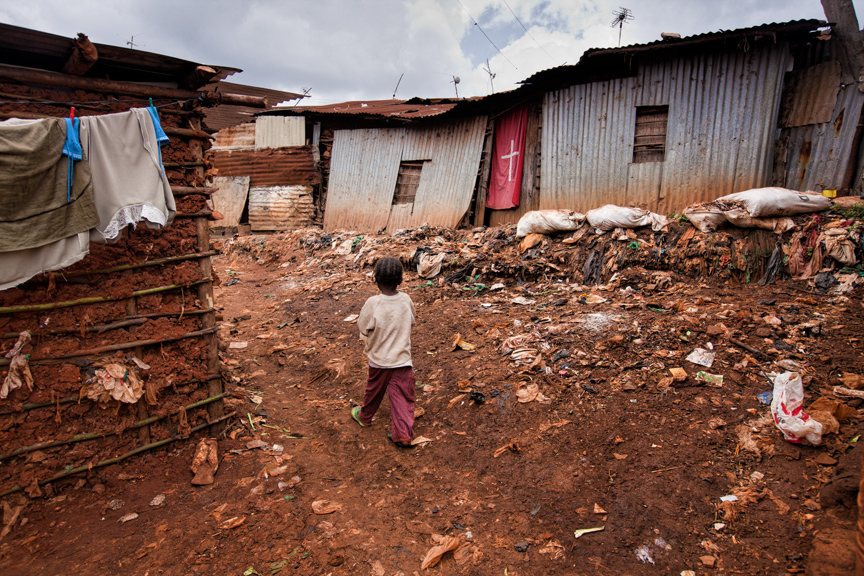 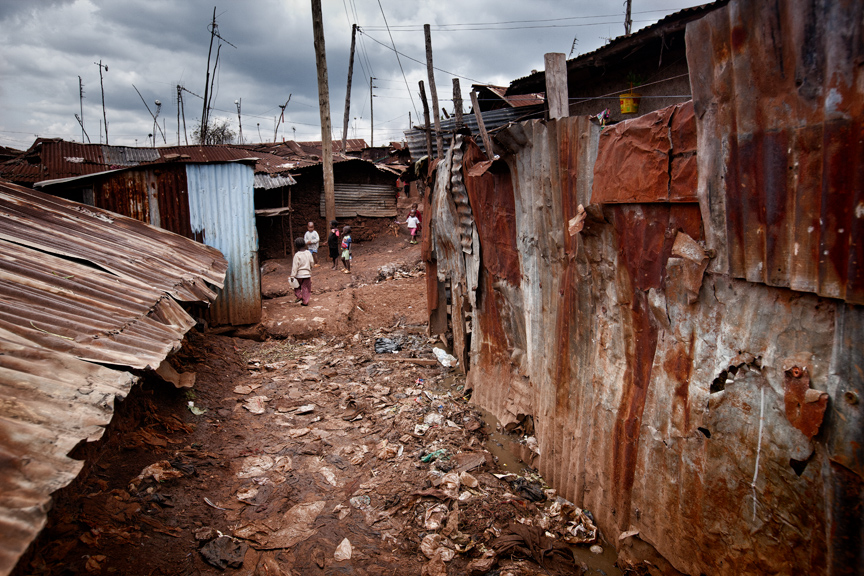 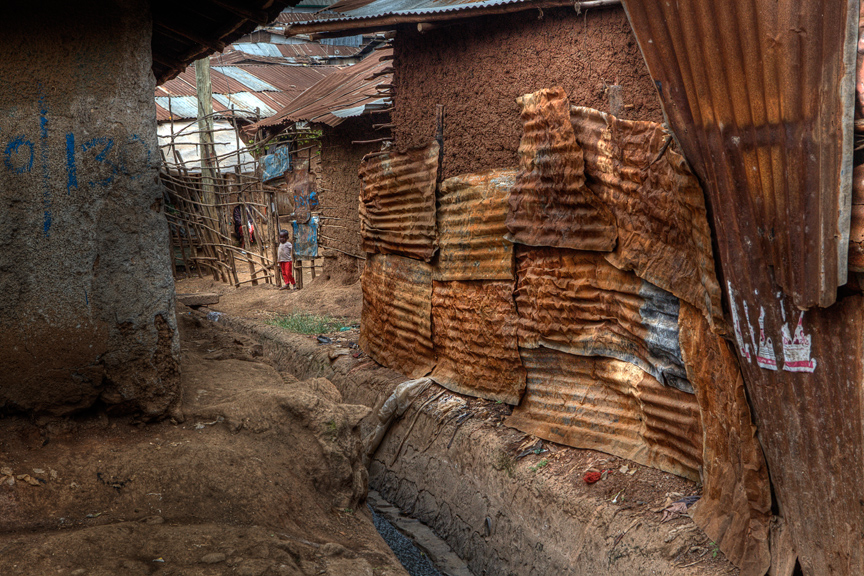 There are a series of photos at the end of the portfolio on all the “hair salons”. I found it hopeful that even in dire poverty, people try to look their best and dream of a better future. 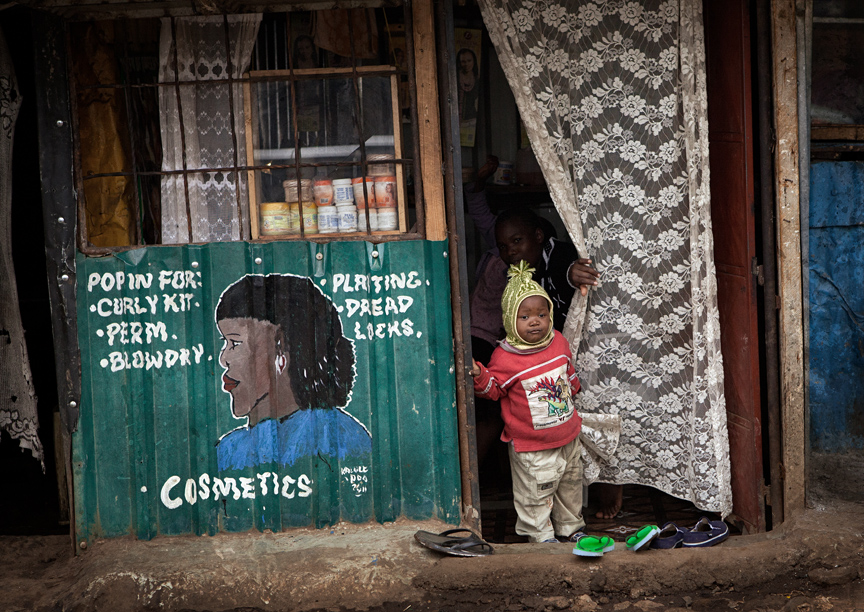 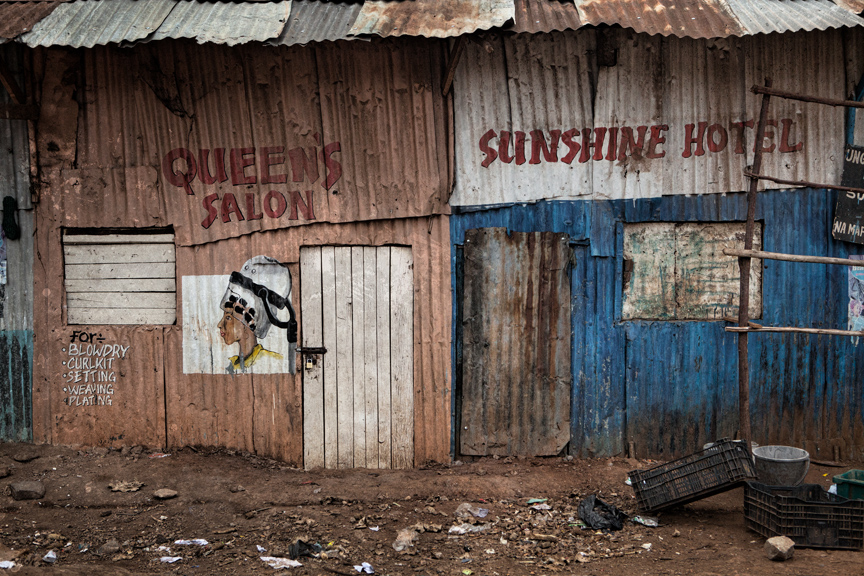